discover Cuba with us
Dear customer, now you can save time and worries when planning your trip to Cuba !!; don't need to expend time browsing the site, Internet or asking friends. Our experts, a Cuban natives team, will prepare for you an exquisite program tailored to your interests and budget. Just answer the 10 general questions of our Holiday Travel Assistance's Form and in the next 24h you will receive a complete travel program offer. Do you want to try?
Yes, take me to the form

Villa La Roca in Holguin is a modern house with two levels. 4 rooms are rented which includes a separate apartment on the second level with kitchen, bathroom and private balcony overlooking the street. All rooms have private bathrooms, 2 terraces, 1 balcony, garage, 2 living rooms, 2 dining rooms and a lounge.
The house has a large terrace on the second floor, ideal to relax and take the warm Cuban sun. While using the sunbeds. The distinction of this house is that the family takes care of its customers 24 hours a day. Daniel has a degree in Industrial Engineering and his wife Marcia has a degree in cultural studies.

Street 26 No 16 altos between carretera de Gibara and 5, Holguin.

The following cancellation policy applies once you have paid for your reservation:

In the event of unexpected departures that have not been previously negotiated with the Casa Particular, the client is penalized. Billing 100% of the amount paid for said service.

Special Note: More than two Adults in a room, is considered a Triple room. Each adult must pay a supplement of 5 CUC / Night. It is understood by clients all costs derived from transactions or bank transfers in the process of returning any amount.

All infants and children from 0 year to 12 years of age sharing a room with adults are considered free. No additional cost up to a total of 3 children per room accompanying 2 adults. Cots must be directly requested at the House, at no extra cost. In most Houses, there are no cribs available, and infants must share the bed with parents.

We are sorry, there are no reviews yet for this accommodation.

Travel in cuba holguin, escorted between two hills: Mayabe and Loma de la Cruz. Known as the city of parks. It enjoys a perfect design of its streets, adorned with several public spaces. Many of its places and institutions are named Major General Calixto Garcia, in honor of some of the most prominent historical figures

Address: Padre Valencia No. 64. It is on the terrace of the complex where 1720 Saloon is located. It is the most elegant place in Holguin. From there you can see a pleasant view of the Calixto García Park. In its menu it offers a good range of cocktails. While you enjoy them you can listen to live music. 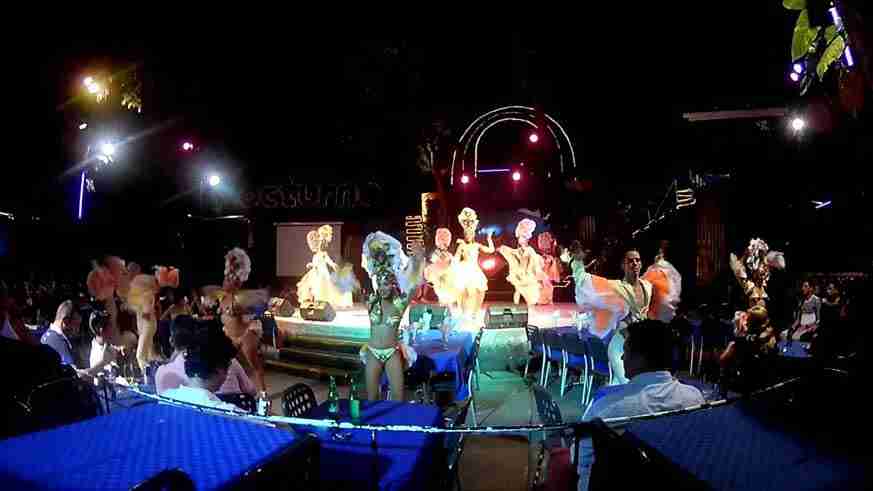 Trip to Holguín. The Nocturne.

Address: Corner Mártires y Frexes, Telephone: 24451872 Cafe with decoration adjusted to national films, Lucia being one of the classic Cuban movies. It recalls a refined atmosphere from another era. It's a good place to drink. 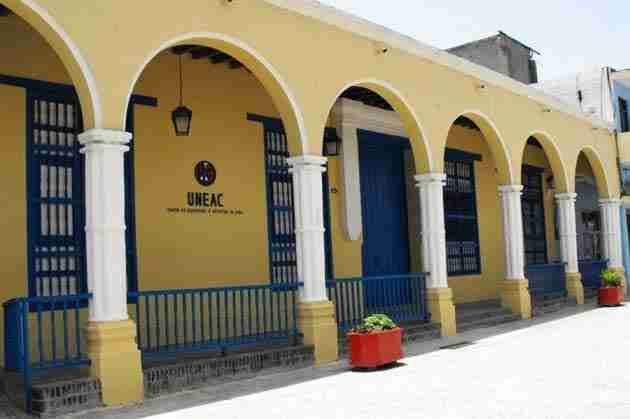 Address: Manduley, between Luz Caballero and Martí, Telephone: 24474066 It is located in the old house of Las Moyúas, from 1845. It is a pleasant entity, which invites to cultural magazines, musical evenings, literary evenings with famous writers and theater in its inner courtyard. There is a bar and the art gallery La Cochera.

Address: Martí No. 111, Telephone: 24427994 Its building is an art deco relic from 1939, and is located around the Calixto García Park. It presents the Rodrigo Prats Lyrical Theater and the National Ballet of Cuba. It is notorious for its operettas, Spanish musicals and dance performances.

In this province you can  visited the largest aboriginal cemetery in the region. As well as the city of Banes, considered the archaeological city of Cuba. More than 96 sites have been registered. Chorro de Maíta is an archaeological site converted into a museum. Inside it there is a real cemetery where the remains of aboriginal pottery farmers rest. You can also visit the Taino village, which recreates Aboriginal life on the island. The beauty city of Gibara, is located north of Holguín. It stands out for its excellent state of conservation of the architecture of the colonial era. This city is the permanent headquarters of the International Festival of Low-Budget Films.

Discovery of Hoguín by Christopher Columbus. 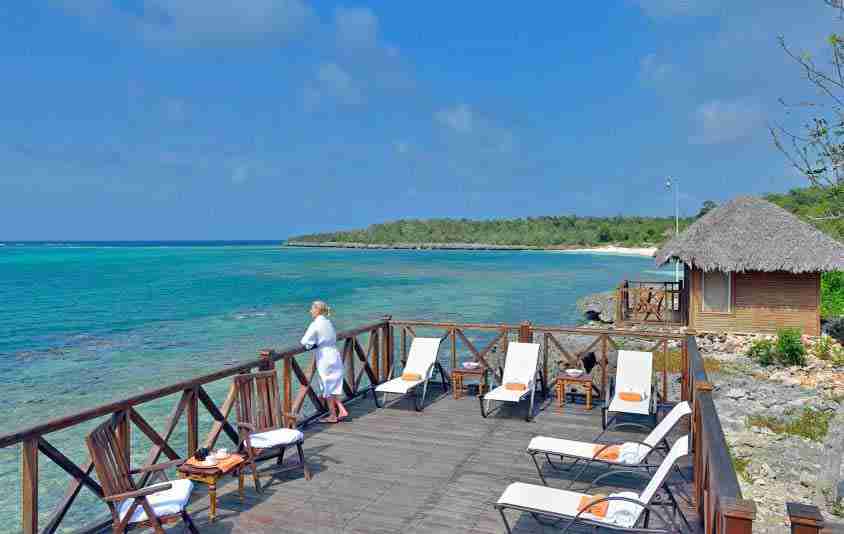 In Holguin there is the place where Christopher Columbus set foot on earth for the first time in Cuba. It was on October 28, 1492; in Bariay, located east of Gibara. Where he exclaimed "This is the most beautiful land that human eyes have seen". In 1992 a monument was erected in commemoration of the 500th anniversary of the meeting of the two cultures. Ask about the freshwater pool, known as Tanque Azul (Blue tank), in Caletones. In it there is an underwater cave and it has the peculiarity of being located under the main migratory route of birds. Two other places (keys) not to be missed are Cayo Saetía and Cayo Naranjo. As well as Guardalavaca, Esmeralda and Pesquero beaches. It also has a Natural Park: Bahía de Naranjo (Orange Bay) and the National Parks: La Mensura and Sierra Cristal. The latter with the largest waterfall in Cuba with 100 m in height: the Salto del Guayabo. Also in Pinares de Mayarí you will discover the attractions that this beautiful place offers you.

Moviegoers take the city of Gibara by storm to participate in the Humberto Solás International Festival of Low-Budget Films, which takes place in April. Holguín shows its religious vigor, through the Romerías de Mayo (May Pilgrimage). It starts at the beginning of May and ends with the procession. It initiates at the Cathedral of San Isidoro until the Hill of the Cross. Where a special mass is celebrated. Tradition that dates back to the 1790s. Fiesta de la Cultura Iberoamericana (Iberoamerican Culture Party) is celebrated on October, during a week. If you like Latin music, take a jump in this place. More than 40 countries participate with dissimilar musical genres.
Read more

Select your check-in and check-out dates using the calendar below to book this accommodation.

Who is checking in?

The summary of your accommodation booking is shown below.